Doing Therapy Outside in the Snow

ShareTweetPinterestMail
Everyone has had the experience where you have planned a great therapy session only to have to “throw it out” at the last minute. That was me a couple of days ago. I was unexpectedly going spend the day playing outside in the snow. Of course I was thinking about different activities I could do to work on goals. Turns out there was lots we could and did do.  Here are a few. 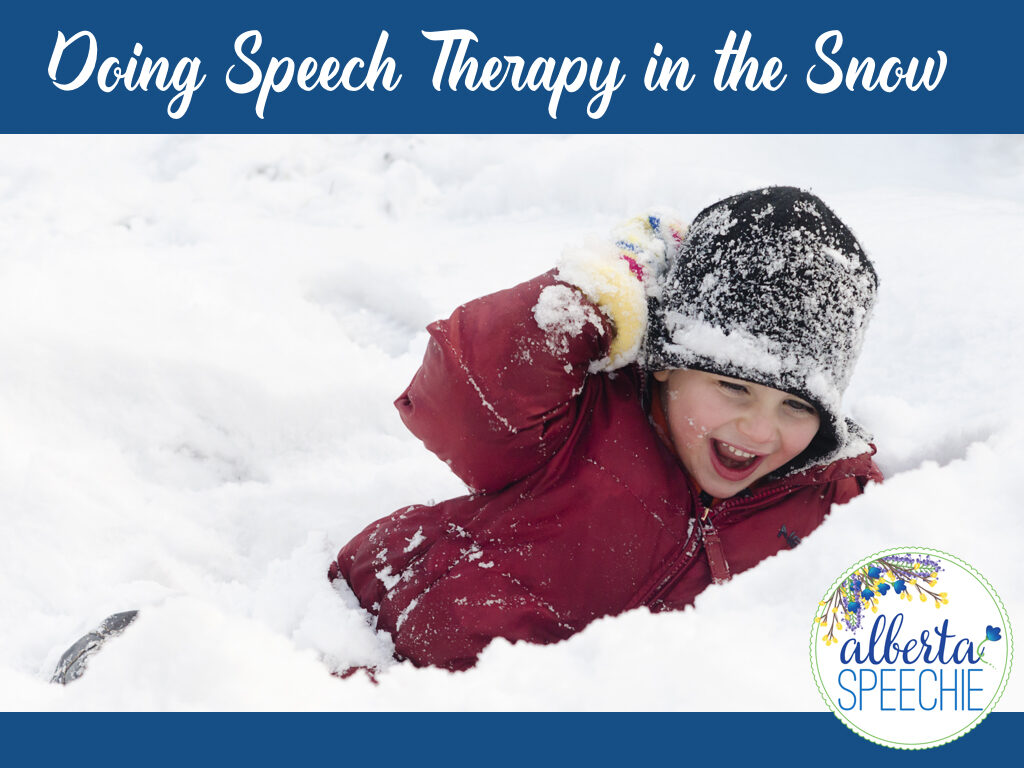 1. Asking for help.  Many young children needed help forming snowballs, putting their mitts and toques back on, help standing up and, every once in a while, and help putting their boots back on (it can be hard to do and not get your socks wet!). This fit very naturally into the day.


3. Concepts: big, little, heavy, light, lots, little, high, low, on, top, middle, bottom, tall, short, cold, and wet.  There are more concepts you can target but these were the ones I used.  The kids loved to make snowballs and this is where you could talk about the weight, size and feel of the snowballs.  The children were only allowed to throw snowballs at one wall.  So as they threw snowballs, I targeted location concepts by talking about where their ball landed (the snow stuck to the wall so it was easy to tell where it went) or by telling them where to throw the snowball (e.g. “throw it under Suzie’s ball”).  We also worked on comparing snowballs and how high the snowball hit the wall.


4. Articulation.  S-blends are a natural and easy target with snow.  We practiced the words: snow, snowman, snowball, slippery, slide, and splat.  We also made penguin nests by digging a hole in the snow and then made snowballs for eggs.  Here I was able to target some other sounds, /n/: nest  /p/: penguins, up /g/: dig and eggs.


5. Asking and answering where questions.  When the children went hunting for good snowball snow, they would sometimes forget where the nest was.  We then worked on asking “Where is the nest?” As well, sometimes the eggs would “disappear” and the children would ask, “Where did the eggs go?”  When they found the eggs they would then answer questions like “Where did you find the eggs?”  This also gave them practice using different location words, e.g. “Beside the tree.”


6. Increasing the use of/understanding of  verbs. We used throw, roll, make, dig, sink/sank (some kids sank down in the snow drifts), lift, carry, run, slide, and slip.


Overall while it wasn’t my plan going into the day, I would say it was very successful. The children were able to work on their goals and have an amazing time too!