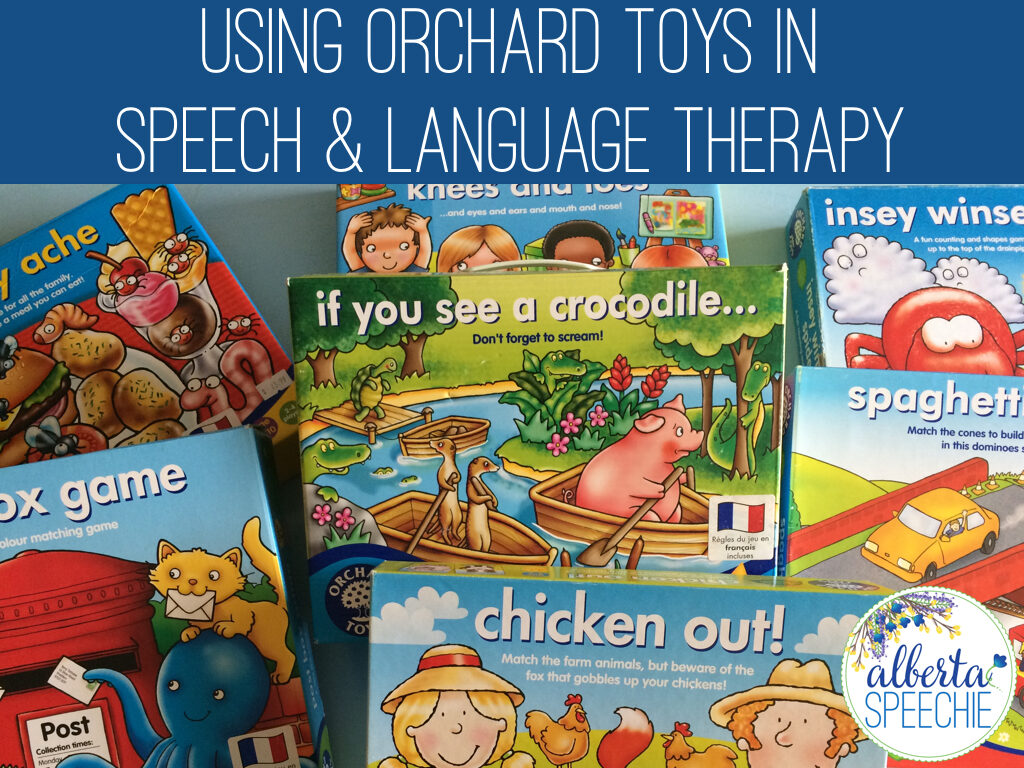 First off I’m not benefitting financially in anyway from this post. I just love Orchard Toys.   These games are some of my “go to” games when doing therapy. Many of them are co-operative games which can eliminate the need many children have to be the winner and the subsequent tears, disappointment or anger when they don’t win. You can work on a number of goals at one time which is very helpful when you are doing therapy in groups.

The kids I work with love to play them.   Now don’t get me wrong,  I have a ton of classic SLP games that get used regularly such as Pop Up Pirate, Crocodile Dentist and Guess Who but the Orchard Toys games are usually my top requested games to play. The following are just some of their games I have.  Many of my fellow speechies have borrowed them and if I included them all this would be a very long post! 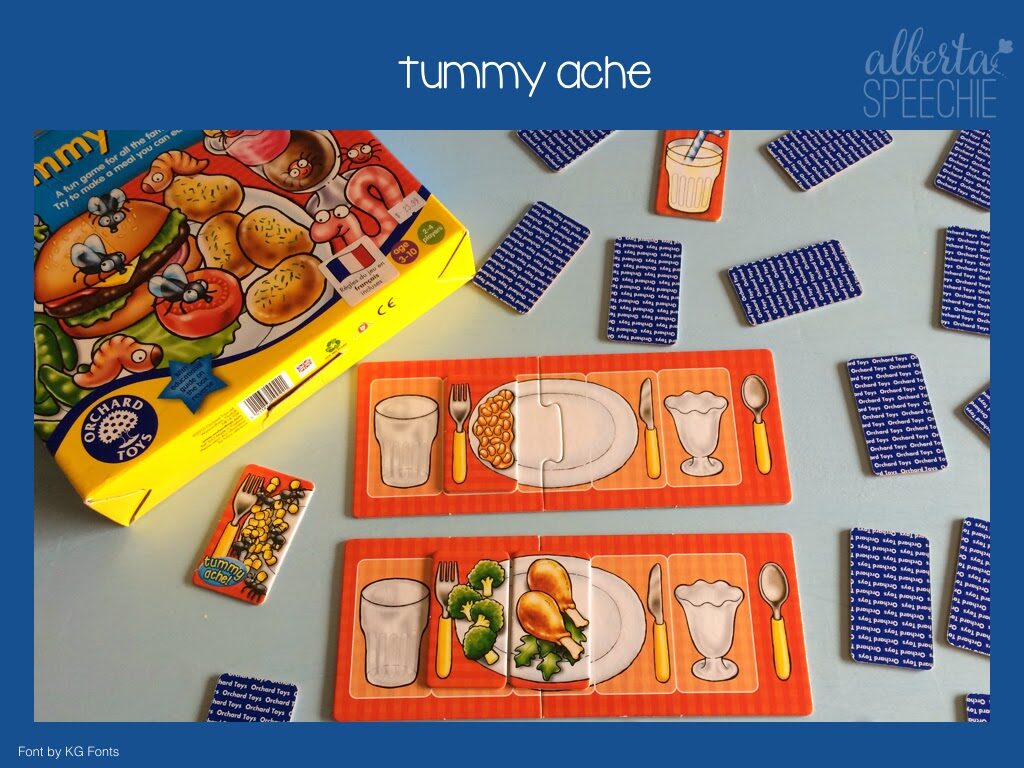 This is currently the most requested game I own.  It works well for children four to eight years old.   The object is to put supper on your plate and avoid getting food full of bugs.  This works well for expanding sentences, food and “bug” vocabulary (not all are bugs), describing, and turn taking.  I have also used it to teach trading and as conversation starters. For more information on how I use it, check out this blog post. 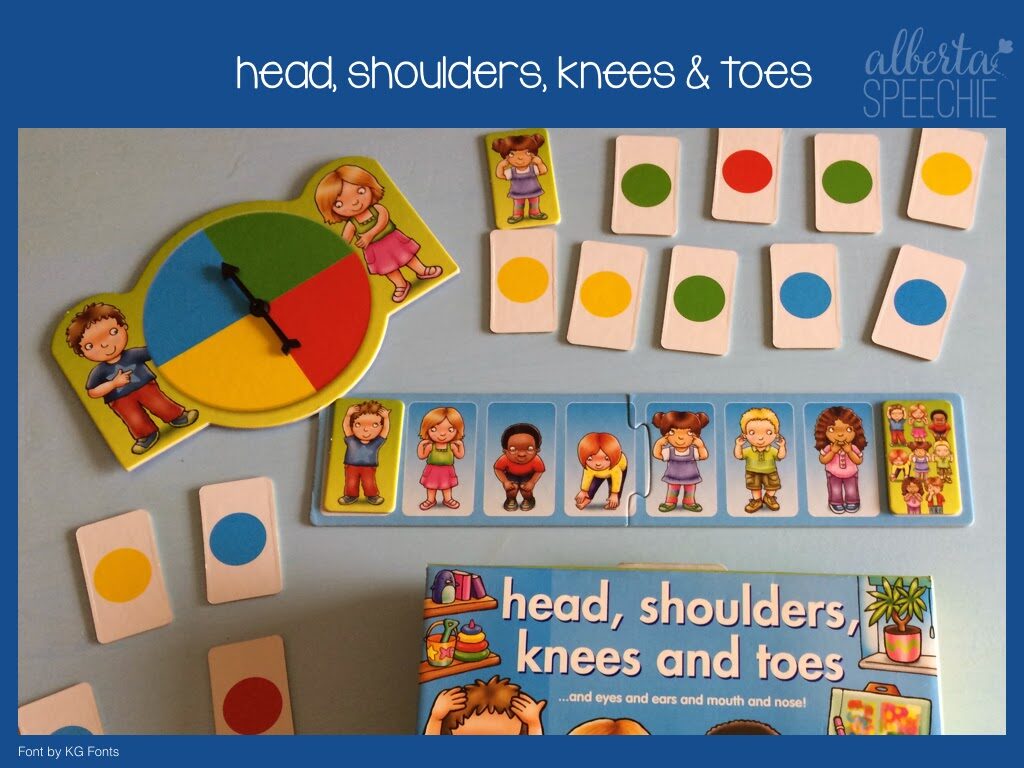 It works well for children three to six years old. Children try to get all the body parts named in the song. This works well for expanding sentences, as well as colour and body parts vocabulary.  I have also used it for a general artic game. 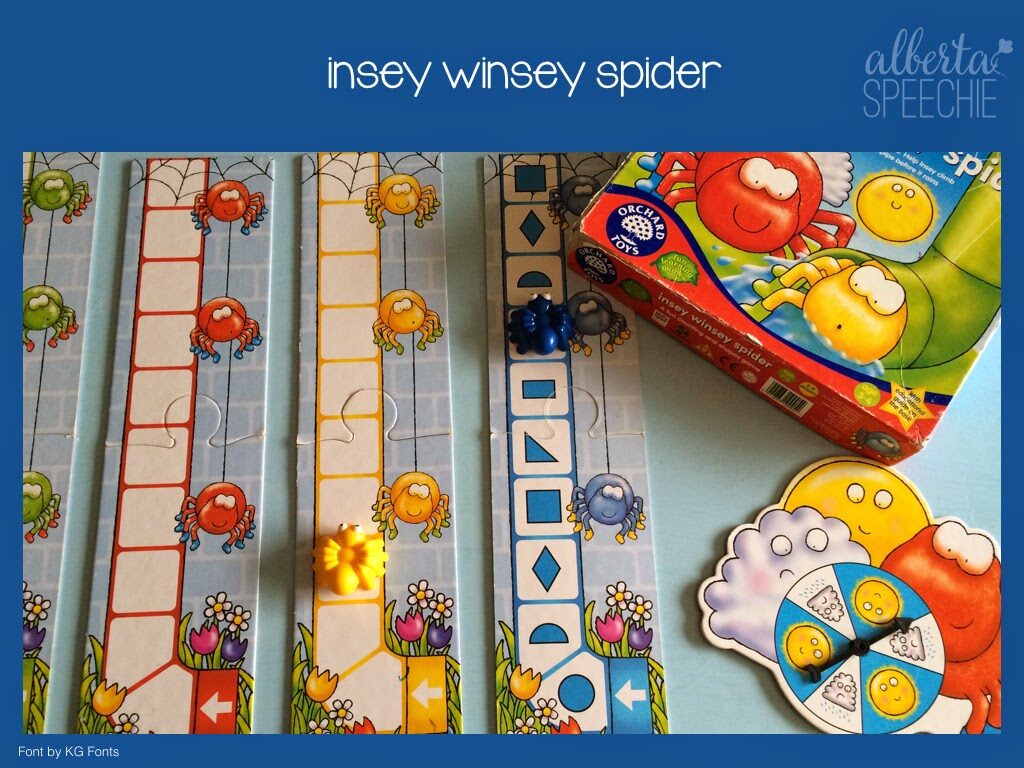 This game was in the preschool room last week and the kids couldn’t get enough of it. I played it for hours.  It works well for children three to seven years old. One side of the spout has blank squares and the other side has shapes.  The games comes with a spinner and two kinds of dice so there are many ways to play.  I most  often play with the spinner.  It is a great game to work on shapes vocabulary and  the words “up” and “down.”  It is also great for working on sp-blends or as a general artic game. 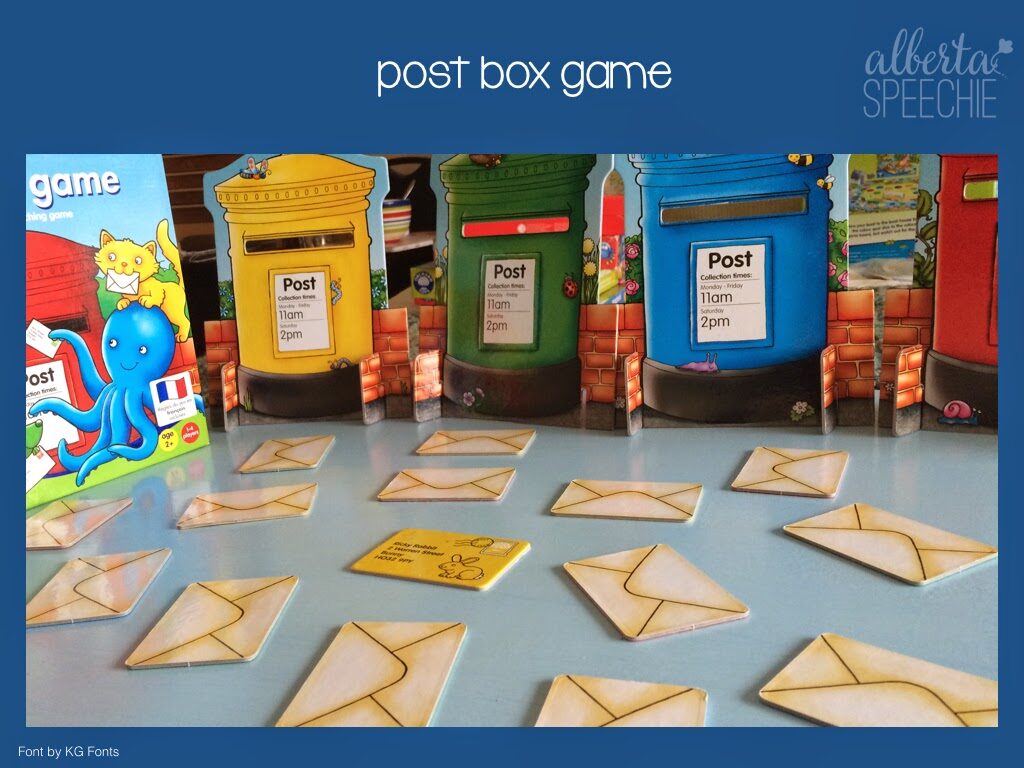 Another fan favourite,  it works well for children three to seven years old. Children sort letters into mailboxes depending on the colour of the letter.  It works well for expanding sentences, possessive nouns, animal vocabulary, and working on  initial “L” in sentences. For more ideas on using this game check out this blog post. 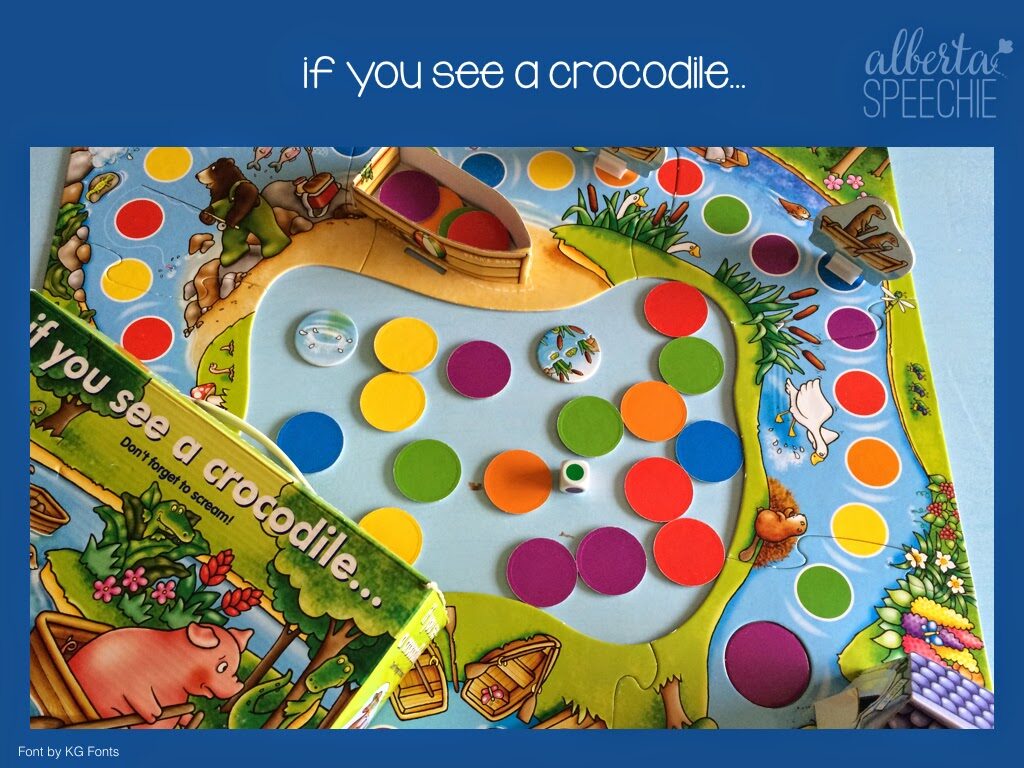 There are two challenges though with this company.  The first is that you can’t find them in major toy stores but many independent toy stores, at least here, carry them. Also you can order them from Amazon. The second problem is that they don’t seem to produce their games for very long.  Many of their games are in production for a year or two and then they are gone.  This makes it difficult when your game is soo well loved that you need a new one!

Do you use Orchard Toys in therapy? What are your favourite ones and how do you use them? 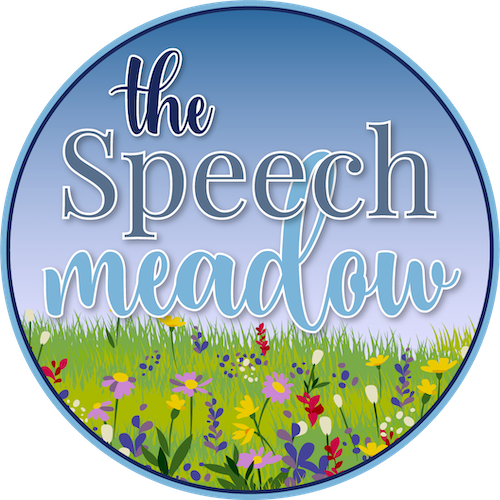